Whispers in the Dark

Everyone is called by their Soul to awaken. Stirring ancient feelings and emotions that once sat dormant, you are delicately motivated to become less of what you are not, and more of who you truly are.

Like the artist who masterfully removes everything from the block of stone that the statue is not, you too are subtly removing the excess, the unneeded portions as you become more of who you really are and less of who you are not.
But sadly, few respond to this calling and subsequent crafting of their truer-self… and instead fill their proverbial ears with the yammer-yammer of the world’s mediocrity, apathy, deception and lies.

Society, parents, authority, religion and education all do their damnedest to ensure that we stay docile, obedient and maintain ‘their’ false sense of authority.

No, of course everyone is not bad and evil. And most often, parents and other authorities are just mimicking and blindly repeating what they themselves were taught and experienced.

The entire collective system – society, parents, authority, religion, education etc. – have just worn away the ‘true essence’ of what it was initially built for; to serve us.

As a collective we’ve forgotten that we created it and set it all in motion. We gave our power to it, to this collective system that we now serve, hypnotically following it like sheep as it stumbles and bumbles along automatically, systematically and no longer in need of our guidance.

It has all become a runaway train of enforcing compliance and being deceptive… with a brand new mission; to maintain its status quo at any price.

Following it blindly in so many aspects of life, we comply to avoid rocking the boat, to stay good citizens.

Most people have no idea how to avoid this lumbering giant called society… so they instead just keep playing along with its twisted, mutilated rules, and innocently or apathetically continue to live in a world that has no room for Spirituality but lots of room for religion; that false authority and master control system used to control the masses – deceptively setup under the guise of Spirituality.

The fear, the past, uncertainty, confusion, afraid of exposure, afraid of power and responsibility, afraid of our own light’s magnificence and even laziness are just some of the reasons why the majority shrink from answering this call, and instead continue to blindly follow societies ‘just be a good citizen, don’t rock the boat, be the same as everyone else and follow the heard’ mentality.

But sadly it gets even worse. If all this soul-less following is not bad enough, it also gets compounded by another invisible problem too; the denial of and lack of true Spirituality gets magnified by a much deeper wound, one that all people feel at one level or another. But one that no one seems to know how to handle or heal. It’s a pain that haunts, and one that can’t often be pinpointed easily. 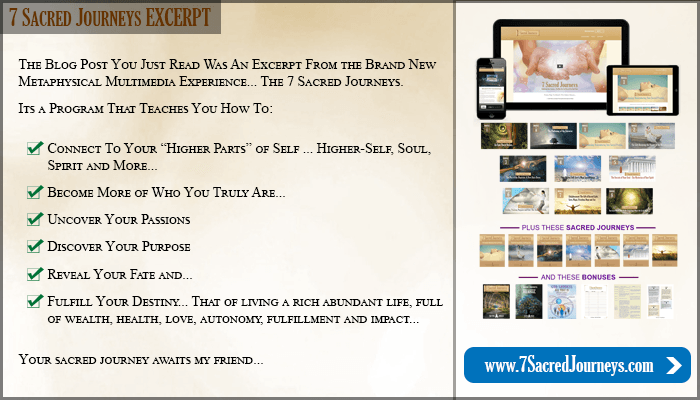 CLICK HERE NOW… TO DISCOVER THE 7 SACRED JOURNEYS FOR YOURSELF…

Seth Jordan is the best selling author of '7 Sacred Journeys' and a successful entrepreneur who comes from a long line of mystics, secret orders and spiritual clergy. 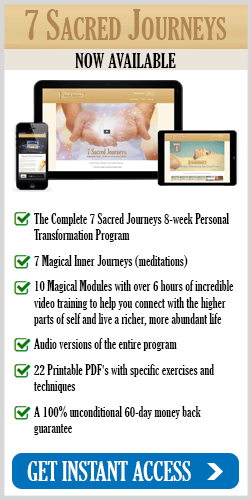 TO DISCOVER THE 7 SACRED JOURNEYS FOR YOURSELF...